END_OF_DOCUMENT_TOKEN_TO_BE_REPLACED

Over the past several months, RJDCE has undertaken a reorganization and modernization of the practice’s website. Improvements to the website have included new content, improvements to navigation and a modern new theme. The previous website was derived from a personal website when the practice launched in 2015 and was built out over the next couple of years. This is the first major upgrade to the website since it was launched and built out.

END_OF_DOCUMENT_TOKEN_TO_BE_REPLACED 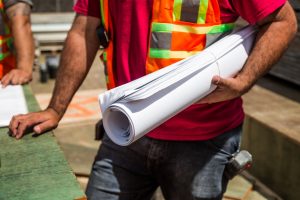 Construction contractors sometimes need to retain engineers or other design professionals as consultants. They may require engineering support to design temporary works used as part of the means and methods of construction, or portions of the project delegated to the contractor by the design professional of record. In addition, contractors may benefit from professional advice to assist with bidding, to solve field problems or to resolve claims.

While the need for contractors to engage consultants is common, the contractors’ personnel may not be experienced clients personally. This can lead to poor consultant selection, inadequate scopes, unmet expectations, sub-optimal risk allocation and a variety of other problems. These problems can be avoided by being better informed of how the services of engineers and other professional consultants differ from more familiar goods and services and how the relationship between professional and client differs from other business relationships. END_OF_DOCUMENT_TOKEN_TO_BE_REPLACED

“Delegated Design” is the means by which the Design Professional of Record (DPOR) passes design responsibility for certain details or elements of a project to the Contractor. It provides flexibility so that proprietary materials and components can be incorporated into the project without the need to complete multiple, detailed design options in the construction contract documents. In addition, delegated design allows the contractor to modify certain aspects of the design to use their preferred means and methods, thus reducing construction costs.

END_OF_DOCUMENT_TOKEN_TO_BE_REPLACED

Most people understand that earthquakes can produce catastrophic damage to the built environment. However, given that large earthquakes are relatively rare, and that the television news cameras typically move on a few days after any disaster, a lot of people’s understanding of the effects of earthquakes may be shaped more by bad disaster movies than reality.

This is unfortunate because, as with other natural hazards, there are public policy choices regarding earthquake risk and recovery that would benefit from an informed public. Among these choices are building code requirements for earthquake-resistant construction. While it may violate some people’s idea of “common sense”, earthquake-resistant structural design is required by code to some extent in all jurisdictions in the United States. Another controversy is mandatory seismic retrofit requirements in some west coast cities for non-ductile concrete and “soft-story” wood frame buildings. Since news organizations may have little more scientific literacy than the public they must inform, they may have too simple an understanding of earthquakes and may overstate associated risks. This could result in disaster mitigation resources being spread too thin.

Whether you live in the west, the east or the heartland, you are exposed to some earthquake risk. It is therefore important to know certain things about earthquakes and how structures resist them. END_OF_DOCUMENT_TOKEN_TO_BE_REPLACED 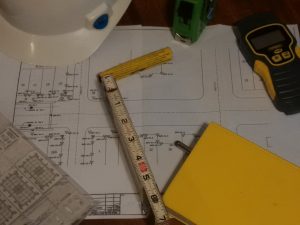 Construction, particularly in the urban environment, often exposes nearby structures and facilities to hazards, some of which are difficult to predict precisely and manifest as the work progresses. Impacts of this nature are associated with excavations, tunneling and foundation construction methods, and often require monitoring of potentially impacted structures and facilities. A monitoring program may include a variety of means of observation and measurements, including periodic visual and photographic observations of the work and adjacent properties, survey readings and instrumentation to measure displacement, vibrations, groundwater levels and other phenomena. 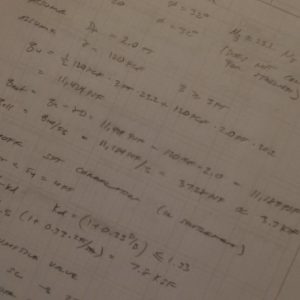 One of the challenges of real-world engineering problems is the need to predict the behavior of a system which may be complex, dynamic, nonlinear and subject to uncertainty as to loading and response. Foundation problems are a good example of this. The behavior of a foundation is complex; it is a soil structure interaction problem in which the behavior of the ground and the configuration of the superstructure will influence the results. Foundation behavior may be dynamic, in the sense that the response can be sensitive to initial conditions and the loading history. Loads can also be applied dynamically. However, the complex and dynamic nature of foundation problems is driven by the nonlinear behavior of structures and soil-structure interaction. END_OF_DOCUMENT_TOKEN_TO_BE_REPLACED 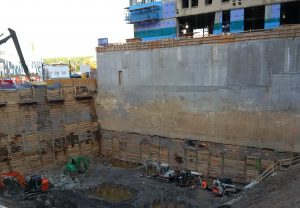 When structural systems are used to retain in-situ soil during excavation, the resulting soil pressures are difficult to accurately predict. In addition to the uncertainty inherent to soil materials, and the inability to fully measure those properties, the pressures on an excavation support system or permanent foundation elements that similarly retain in-situ soil and any existing facilities thereon are indeterminate soil-structure interaction problems. As the structural system is loaded, usually by the excavation of supporting soil, it deforms. Movement of the excavation support mobilizes the internal strength of the soil. For a given load, the deformation stops when equilibrium is reached and the soil and support structure are sharing the task of retaining the soil.

This loading process is non-linear, time-dependent, and is influenced by a number of soil attributes, as well as the configuration and behavior of the excavation support structure, both globally and locally. Consequently, there are many approaches to estimate the soil loads on an excavation support system, all of which are based on simplifying assumptions of the soil-structure interaction. END_OF_DOCUMENT_TOKEN_TO_BE_REPLACED 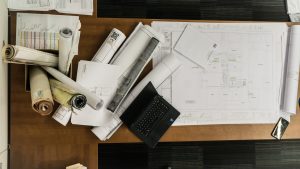 I was once contacted by a marketing official of renewable energy firm looking for help with a small solar array project. His company had a solar installation designed offshore but needed an engineer licensed in the proper jurisdiction to seal the drawings…that afternoon. I balked at the request. I could not possibly perform a sufficient review of the design to represent to the jurisdiction that I was in responsible charge. The marketer insisted that my seal on the plans would just tell the jurisdiction that I would be involved going forward. Sure I would be… END_OF_DOCUMENT_TOKEN_TO_BE_REPLACED

On 27 May 2018, a string of thunderstorms dropped several inches of rain in Howard County Maryland, causing a torrential flash flood to rise several feet above lower Main Street in Ellicott City – the second time in two years that historic central business district suffered such a severe flood. Flood waters carried away automobiles and damaged numerous buildings.

This area is in a relatively narrow valley where two streams converge before emptying into the Patapsco River. It is a small urban area with a lot of hardscapes and the creek is channelized (some of the buildings span over the creek). If the ground becomes saturated and the river rises, there is just no place for the runoff to go in a heavy storm. Needless to say, this is a flood-prone neighborhood; it has flooded 15 times since 1768. END_OF_DOCUMENT_TOKEN_TO_BE_REPLACED