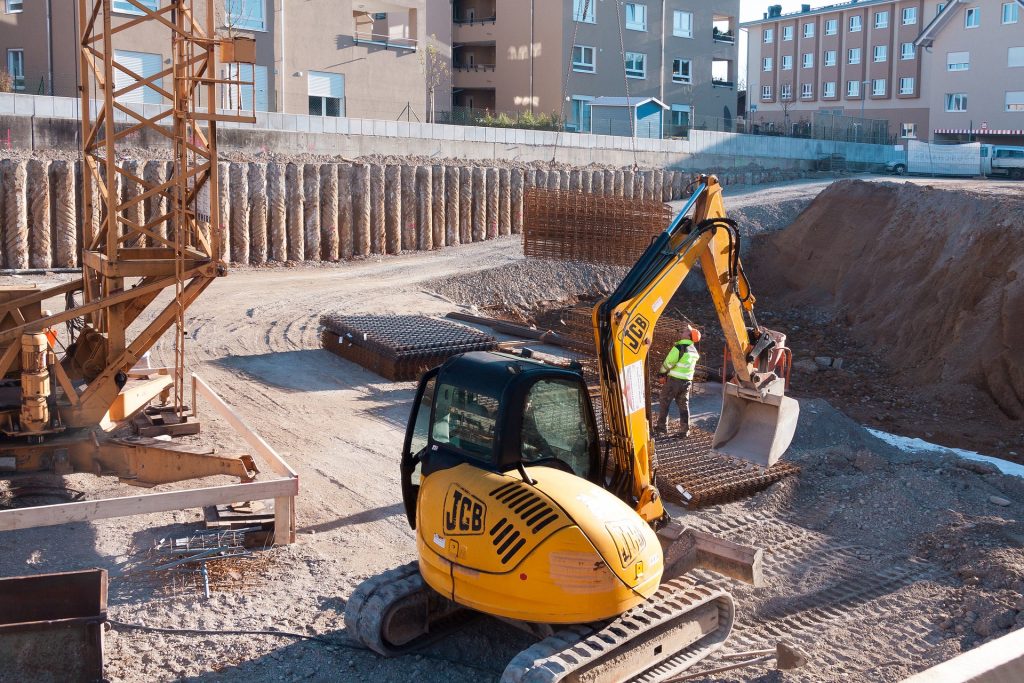 Most excavations for building and bridge foundations, utility installation, site grading and other applications are made on relatively open sites with few constraints. These excavations are usually kept stable by cutting the sides on a stable. The geotechnical design of these temporary slopes is usually nothing more than conforming to prescriptive regulations from the Occupational Safety and Health Administration, which are applicable for depths of up to 20 feet.

The presence of nearby existing in-service structures greatly increases the risk and technical difficulty of excavation. The most obvious example of this is excavating a basement on an urban lot with adjacent building foundations on the property lines bearing on soil above the bottom of the excavation. Underpinning of the adjacent structures is the norm in this scenario. However, nearby existing structures can present other difficulties that are less obvious and are unfamiliar to many in the construction industry.

A lot of the hazards to structures near excavation arise from the way that soil resists and distributes and foundation loads and the stabilizing effects of soil mass. Gravity loads from foundations propagate downward it the earth but also radiate outward. To resist the lateral component of the load, the soil immediately below a foundation generally needs to be confined by surrounding soil. This confinement is provided by lateral pressure exerted by the weight of the soil. Thus, the presence of soil surrounding a structure’s foundation might be necessary for the foundation’s stability and is subject to disturbance by nearby excavation.

The response of soil to lateral loads can be thought of as being analogous to a spring. Prior to changes in loading, the pressure in the soil is due to the weight of the soil and certain locked-in stresses. This is known as an “at rest” condition. If a trench is excavated in the soil, the lateral forces along the trench sides will be reduced and the soil will expand laterally (and possibly collapse). The reduced pressure is called “active” pressure. Allowing the soil to expand releases the confining pressure just as allowing a spring to expand decreases the force in it. A similar pressure reduction will occur when soil is retained by a structure and the structure deforms. In both cases, the lateral expansion will also cause settlement and structures supported by the displaced soil will also move. If a vertical soil face is pushed laterally by a structure or equipment, lateral pressure will increase, just as compressing a spring increases its force. The increased pressure is called “passive” pressure. The soil may compress, displacing laterally, or may heave if it is not confined by adequate vertical pressure.

It is not always practical to underpin structures that influence the stability of an excavation. This may occur when the structure is set back from the property line on an adjacent property, necessitating an access agreement to expand the worksite. Or the excavation might be so deep that underpinning to the depth of excavation is infeasible. If an existing structure influences an excavation but cannot be underpinned, the lateral effects of the structure’s foundation loads must be resisted by an excavation support system.

Most excavation support systems are not a substitute for underpinning. They are relatively flexible systems that take advantage of the load reduction from developing active pressure and the resistance from developing passive pressure to maintain stability. These structures move and any structure they support will also move. Some designers believe that they can design flexible excavation support types like soldier pile-and-lagging systems and sheet pile walls for at-rest pressure and it will mean that the ground will not move. That is incorrect. Structures always deform when subject to load. Even if it was possible to maintain at-rest pressure while installing an excavation support system and excavating to grade (highly unlikely), the structural component of the excavation support system would deform, reducing confinement in the retained soil and allowing movement of supported foundations.

When significant foundation load must be supported by an excavation support system, stiffer wall types constructed with deep foundation construction equipment can be used. When the excavation support is rigid compared to the soil, less of the confinement is released during excavation and the ground outside the excavation moves less. This behavior can be quantified using more sophisticated analytical approaches that account for soil-structure interaction, allowing better estimates of the movement of adjacent structures. Rigid excavation support systems like secant pile walls and diaphragm walls, are cost-effective in certain subsurface conditions, especially when they can be incorporated into the permanent below-ground structures.

The reduction of soil confining pressure can also cause instabilities of the elements of existing structure foundations. Piles are typically designed with the presumption that they are continuously braced by soil. Removing soil confinement can cause piles to buckle or bend due to unbalanced soil pressures on opposite sides. Aggregate piers rely on confinement to improve the strength and stiffness of soil below spread foundations. If the confinement is reduced due to excavation, the capacity will be reduced and the foundations will likely settle. Historical stone masonry foundation elements are often dry-laid or have deteriorated mortar joints. These elements can fall apart if carelessly exposed during excavation.

Even if existing structure foundations are not fully undermined, poor excavation design, staging and execution can lead to damage by allowing foundation movement or local structural failures. Although these risks are generally avoidable, they can be difficult to identify. They arise from hazards that are less familiar and less obvious in their cause and effect than failures from improper underpinning or from not underpinning when necessary. These hazards can arise in a wider variety of circumstances, including construction near detached buildings on urban and suburban sites, utility installation in public streets and work at industrial facilities. Therefore more projects are exposed to excavation-related risk than is generally realized.

Identifying and mitigating unfamiliar excavation risks before they occur is challenging, but not impossible. Qualified foundation engineering professionals should be engaged. The subsurface conditions and the nearby structures must be investigated carefully. Where possible, excavation risks should be mitigated by project design. During construction, risk control measures should be implemented, such as the establishment of excavation performance standards, review of excavation support by the design team, pre-construction surveys and construction observation. Open risk communication is crucial and should include the owner, the design team, contractors and their consultants, adjacent property owners and their consultants, and perhaps other stakeholders. Multiple parties with different interests and perspectives working in collaboration are more likely to identify unfamiliar risks than each party alone.